Shortly before the release, the first tests for Cyberpunk 2077 went online. So that you do not lose track of the review jungle, we summarize the ratings and conclusions from the reviews of the international magazines. The basis for this article was the website Metacritic.com, which compiles the Cyberpunk 2077 tests. The average rating of the PC version is currently 91 percent – with 44 submitted reviews. Our review of Cyberpunk 2077 is also already online.

The first tests for Cyberpunk 2077 are online. Shortly before the release of the new action role-playing game from CD Projekt Red, you can get an impression of the quality of the new work of the Witcher makers. So that you don’t lose track of the review jungle, we summarize the ratings and conclusions from the reviews of international magazines at this point. The website Metacritic.com, which compiles the tests of the individual magazines, served as the basis for this article.

With 44 tests submitted so far for the PC version, the average rating is 91 percent – CDPR obviously delivers another gaming highlight with Cyberpunk 2077. Metacritic does not list tests for PlayStation and Xbox so far. Testers praise, for example, the individual paths of life with their own game start, an exciting main story with a strong connection to protagonist V, many different factions, and a great atmosphere. In addition, the developers have succeeded in creating an absolutely lively game world – Night City comes with a lot of details. For example, points are deducted for many generic side missions and a missing faction system.

In addition, Cyberpunk 2077 is not yet completely error-free. Every now and then there are bugs and glitches. Improvement is already in sight: A day-one patch should be available for download for the release. You can read our detailed review of Cyberpunk 2077 at this link. Golem.de writes in the test that “we were always amazed by the wonderfully narrated main story about V – who, by the way, turns out to be a very adult, compassionate and sympathetic figure”. For Gamestar, Cyberpunk 2077 is one of the best open-world games of all time, “which makes up for gameplay quirks with a fantastic story.” We have further impressions from international media-ready below. The release of the new action RPG is scheduled for December 10th.

It had to be a monumental task to build this “city of dreams” and also populate it with passionate stories and characters, fantastic music, and a captivating personality. Shortcuts to greatness are extremely rare, and the steadfast and safest path remains hard work, passion, and the desire to create something that surpasses others, with the right resources to do so. CD Projekt could have rested on The Witcher’s laurels, made more sequels, and released a couple of best-sellers in the time it took Cyberpunk 2077 to finish, but that’s not the path of the Polish studio, driven by more ethereal goals. Money, yes, and success, but leaving a mark too. Glowing brightly in the intensity of the night. Making history before our eyes.

Cyberpunk 2077’s biggest achievement is Night City, the most fascinating city in videogame history so far. While the combat outside of the main story does sometimes feel a little repetitive, the way it encourages the player to interact with the everyday lives of the inhabitants of this bustling city results in a roleplaying experience in the truest sense of the word. The game towers like a skyscraper in the Western RPG genre skyline.

Cyberpunk 2077 is a celebration of the entire medium, marrying cutting-edge technical innovation, unrestrained user agency in an authentic and immersive experience that transports you to another universe. No game has executed on the promise of gaming like Cyberpunk 2077. CD Projekt RED’s artistic achievement cannot be overstated…Despite an impressive array of bugs and glitches, Cyberpunk 2077 remains an experience without peer. No punches pulled, no platitudes are given, and no compromises are made. Cyberpunk 2077 is an industry highpoint that, simply put, may never be bested. Right now, and without hesitation, I am overjoyed to say Cyberpunk 2077 is everything I’ve ever wanted from a game. It is the best game I have ever played.

In the midst of such intense anticipation and scrutiny, it’s easy to get carried away with what Cyberpunk 2077 could have been. The final experience might be more familiar than many predicted, with plenty of elements that aren’t perfect, but it’s dripping with detail and engaging stories. With so much to see and do, Cyberpunk 2077 is the kind of RPG where you blink and hours go by, which is just what we need to finish off 2020.

I also really liked the great characters. And I’m not even talking about Keanu Reeves here. I have especially taken characters like Judy, Panam, and Delamain into my heart and followed their subplots with almost more joy than my own main story. As a role-playing game, it offers me exactly the right mix of profound character system and gripping combat action.

Cyberpunk 2077 kicks you into its beautiful and dazzlingly dense cityscape with few restrictions. It offers a staggering amount of choice in how to build your character, approach quests, and confront enemies, and your decisions can have a tangible and natural-feeling impact on both the world around you and the stories of the people who inhabit it. Those stories can be emotional, funny, dark, exciting, and sometimes all of those things at once. The main quest may be shorter than expected when taken on its own and it’s not always clear what you need to do to make meaningful changes to its finale, but the multitude of side quests available almost from the start can have a surprisingly powerful effect on the options you have when you get there. It’s a shame that frustratingly frequent bugs can occasionally kill an otherwise well-set mood, but Cyberpunk 2077’s impressively flexible design makes it a truly remarkable RPG.

Cyberpunk 2077 is dark and disturbing at times (frighteningly so), but the majority of its content is fascinating and loaded with depth through the various RPG systems and lore. I thoroughly enjoyed my time in Night City, and Johnny Silverhand is a great partner to see the sights with. Cyberpunk 2077 doesn’t overstay its welcome with its critical-path story, and invites players to jack in and stay for hundreds of hours of unique content should they want to. It didn’t blow me away like The Witcher 3: Wild Hunt, but is still a hell of an opening to what will hopefully be a new series.

Cyberpunk 2077 is a game that feels like a constant emotional elevator. Endowed with a moment of grace capable of making a lasting mark on players and the industry in general, with prospects for deep approaches, which only reveal themselves according to your investment, an incredible staging, writing that’s Flawless and jaw-dropping, lovingly crafted, CD Projekt’s RPG is as striking in its lack of finish, which is often hard to excuse for a game of this stature.

Some nice characters and stories nested in an astounding open world, undercut by jarring bugs at every turn.

Your mileage may vary, but in our experience, the bugs are obtrusive and substantial across the board, often forcing us to reload saves or exit the game entirely. It’s hard to get really into a world you constantly have to leave. But then it’s hard to get into Cyberpunk 2077’s world in general. So much of it is superficial set dressing, and there’s so much happening all around you–ads going off at all times, gunfights breaking out in the streets, texts coming in about cars you’ll never buy–that a lot of the game feels superfluous. The side quests and the characters they showcase are the shining beacons through the neon-soaked bleakness of Night City, and they give you room to explore the best the core RPG mechanics have to offer. These are what carried me through an otherwise disappointing experience. 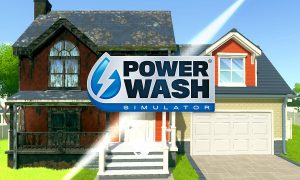 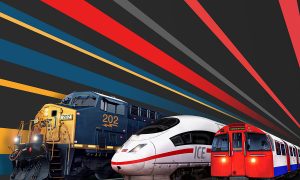