Ex-President Trump Agrees to Initiate The Transfer of Power

The General Services Administration sent a letter to Biden but did not recognize the elected person.

President-elect Biden later announced on the 7th victory, the Director-General Murphy (Emily Murphy) no later than 23 days has finally sent a letter to Biden, said she was under no pressure including the White House. According to the law has been “independent” made Decision, the handover procedure will be initiated, but Ex-President Trump subsequently tweeted that he “suggested” Murphy and the General Services Administration to initiate the procedure, and did not admit defeat; Murphy’s letter did not call Baiden the president-elect, but “The true winner of this election will be determined by the electoral procedure prescribed by the Constitution.”

I want to thank Emily Murphy at GSA for her steadfast dedication and loyalty to our Country. She has been harassed, threatened, and abused – and I do not want to see this happen to her, her family, or employees of GSA. Our case STRONGLY continues, we will keep up the good…

Although Murphy’s letter to Biden agreed to initiate the handover process, he did not call Biden the president-elect, but only called him “Mr. Biden.” After receiving Murphy’s letter, the Baiden camp issued a statement stating that the General Services Administration ” It has been confirmed that Biden and Harris are elected as the president and vice president and will provide resources and support for the transfer of power to complete the smooth transition of the power. (Click here to read the letter)

Biden’s regime handover team started to operate on the 7th, but Trump has not admitted to losing the election so far, and Murphy, who was appointed by Ex-President Trump as the Director of General Services, has never approved the election results. Therefore, Biden cannot obtain the due regime handover resources in accordance with the law. The inability to listen to the national security briefing has aroused strong doubts from all walks of life. There have been more and more voices in the Republican Party criticizing Ex-President Trump for endangering national security.

Just after the Michigan State Election Commission announced Biden’s victory on the 23rd and Murphy wrote a letter to Biden on behalf of the General Services Administration, Ex-President Trump also tweeted that he affirmed the dedication and loyalty of the General Services Administration and did not want to see the Director of General Services Emily Murphy and her family continue to suffer harassment and threats. “In the best interest of the country, I suggest that Murphy and the team start work related to the initial regulations, do what should be done, and tell my team to also Do it.”

Ex-President Trump did not admit that he lost the election and mentioned that “our battle will continue, and I believe we will win.” Trump still holds the chance of a comeback in Pennsylvania, hoping to use the Pennsylvania election dispute to influence the electoral votes. , To prevent Biden from crossing the threshold for election.

Murphy: The General Services Administration will not certify who is the winner

Murphy stated in the letter that the General Services Administration will not select or certify the winners of this election. The true winners of this election will be determined by the electoral procedures stipulated by the Constitution; there are still legal challenges and election results in this election. To be confirmed, she decided to allow Biden to enter the post-election presidential handover process, and allocate 6.3 million US dollars for the transfer of power, and another 1 million US dollars for familiarization and handover.

The source of the law was quoted in Murphy’s letter, saying that it would initiate the handover process and provide the required resources and services.

Murphy stated that she has never received any instructions to delay this judgment, but she did receive threats from the Internet, phone calls or emails, endangering personal safety, family and subordinates, and even her pets, just to force her She made a decision prematurely; even in the face of thousands of threats, she claimed to be always committed to upholding the law.

Murphy said that the General Services Administration will not intervene in election litigation or recount votes. Faced with this situation, she strongly urges Congress to consider amendments to the law to resolve conflicts between federal agency management and constitutional election procedures.

The United States does not have an agency responsible for federal election affairs. The work of confirming the results of the election falls on the General Services Administration, which is responsible for the transfer of power. After the election, the administrator needs to sign documents to confirm the election before the official transfer can be initiated; because the election day in early November to December On the 14th, the Electoral College voted nearly one and a half months later. According to past experience, the General Services Administration will usually confirm the winner within a few hours or even within a day after the media predicts it, and provide equipment, budget, and communication channels for officials.

The Director of General Services Murphy stated in the letter that this was her independent decision based on the rule of law and known facts. She has never been directly or indirectly pressured by any administrative department officials, including the White House and the General Services Administration. (Associated Press)

Ex-President Trump Agrees to Initiate The Transfer of Power 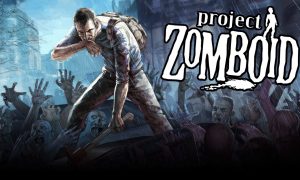